Demi Lovato has found a new house to call home in Los Angeles. With six bedrooms and seven bathrooms spread across 8,500 square feet, the house comes with its fair share of creature comforts. Another bonus was the theater and, of course, the backyard swimming pool. 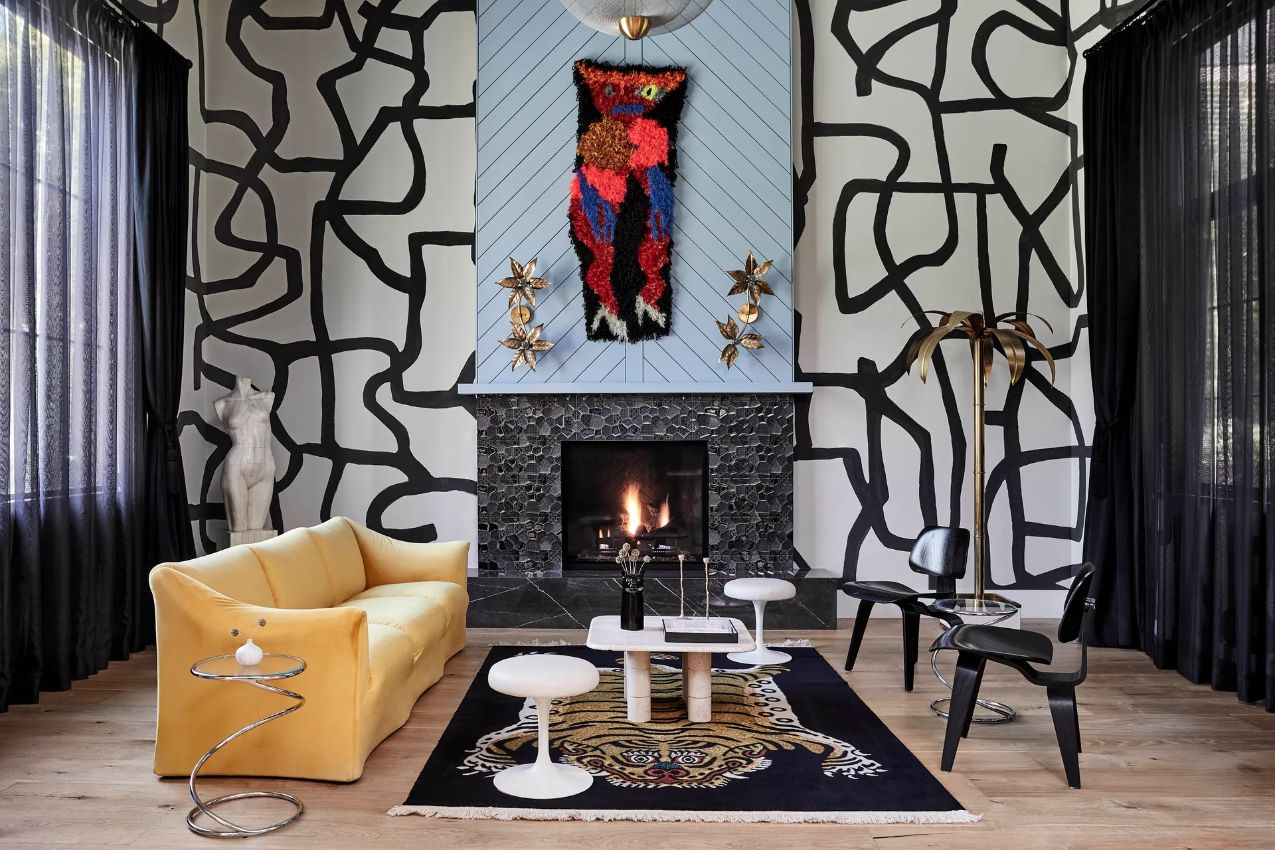 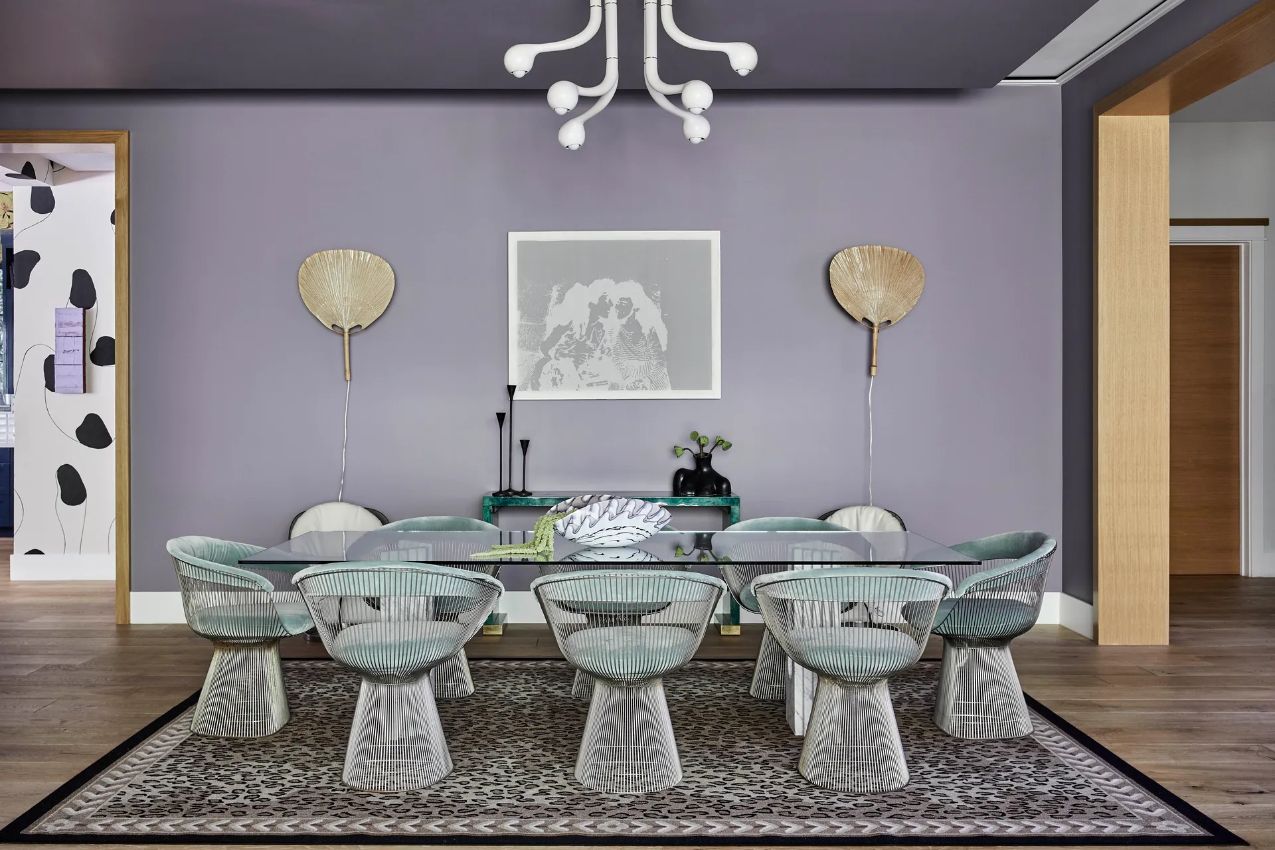 The singer/actress wanted every inch of the space to fully embody her personality. Designers Kat Bell and James Drew, founders of Argyle Design, were the right people to work with her for this project. Bell worked with the singer to translate her mood board into each room. Items such as mushroom-shaped stools and salt and pepper shakers shaped like boobs were hidden throughout the house. 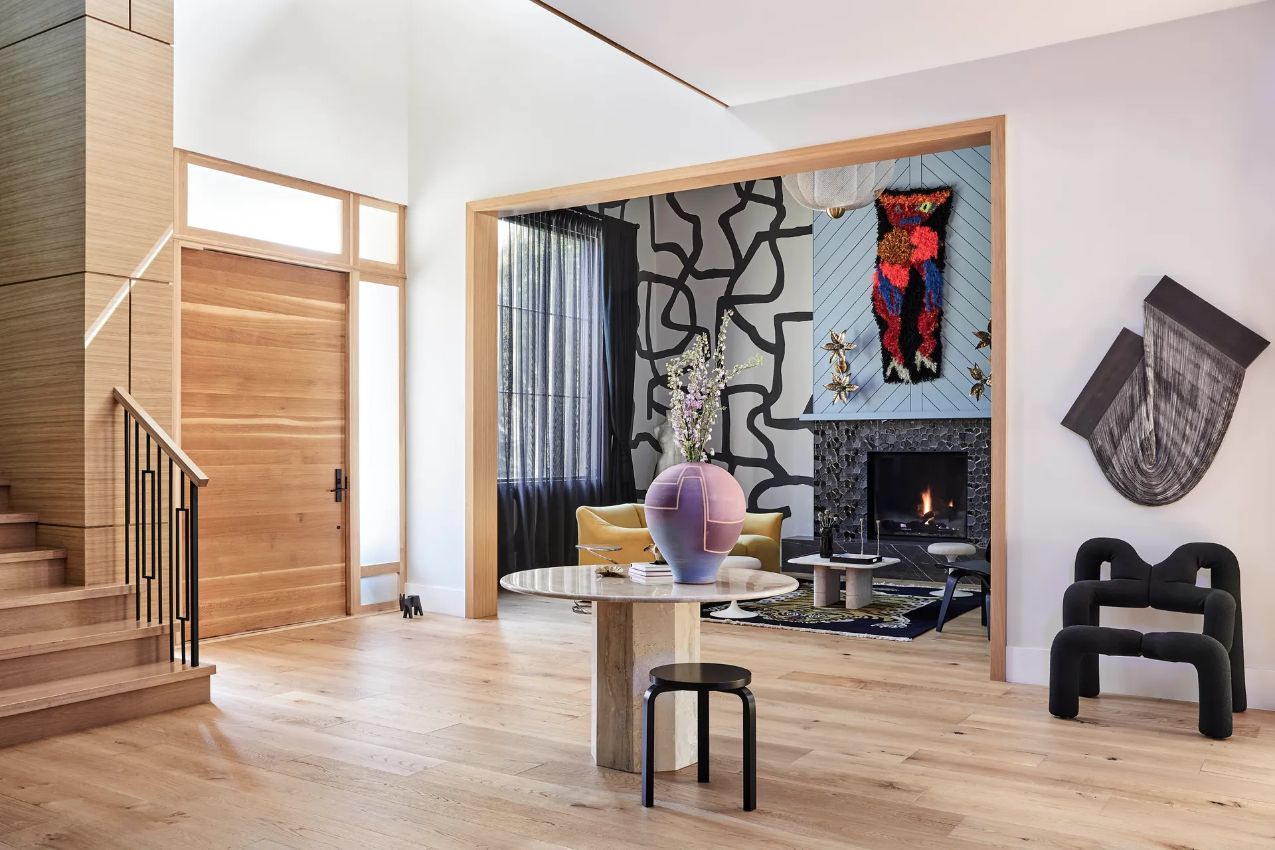 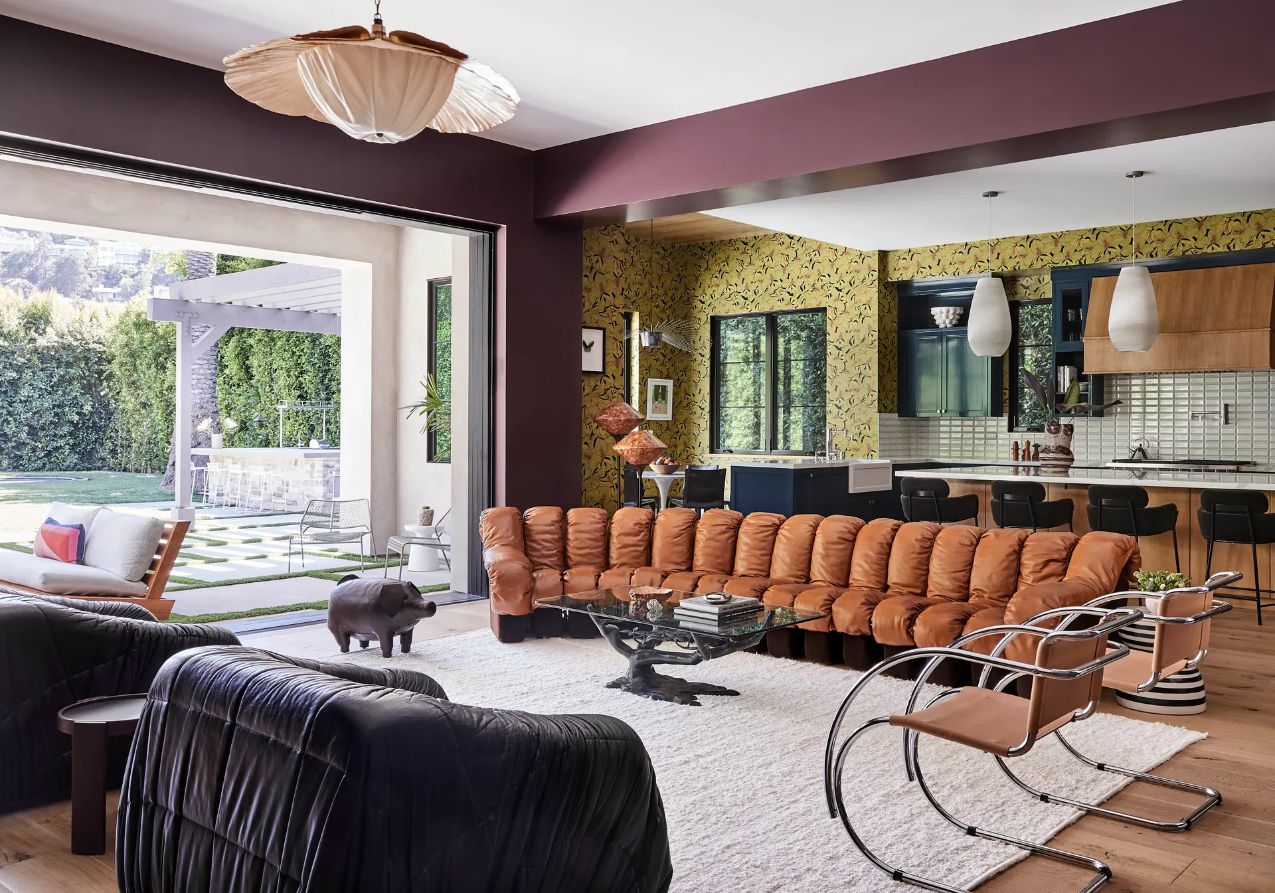 Eva Seta, director of communications at the Museum of Contemporary Art in Los Angeles, was hired to curate the artwork, which includes pieces by emerging artists from underrepresented communities such as Monica Kim Garza, Lilian Martinez, Hannah Epstein, Yasmine Nasser Diaz, and Lola Rose Thompson. 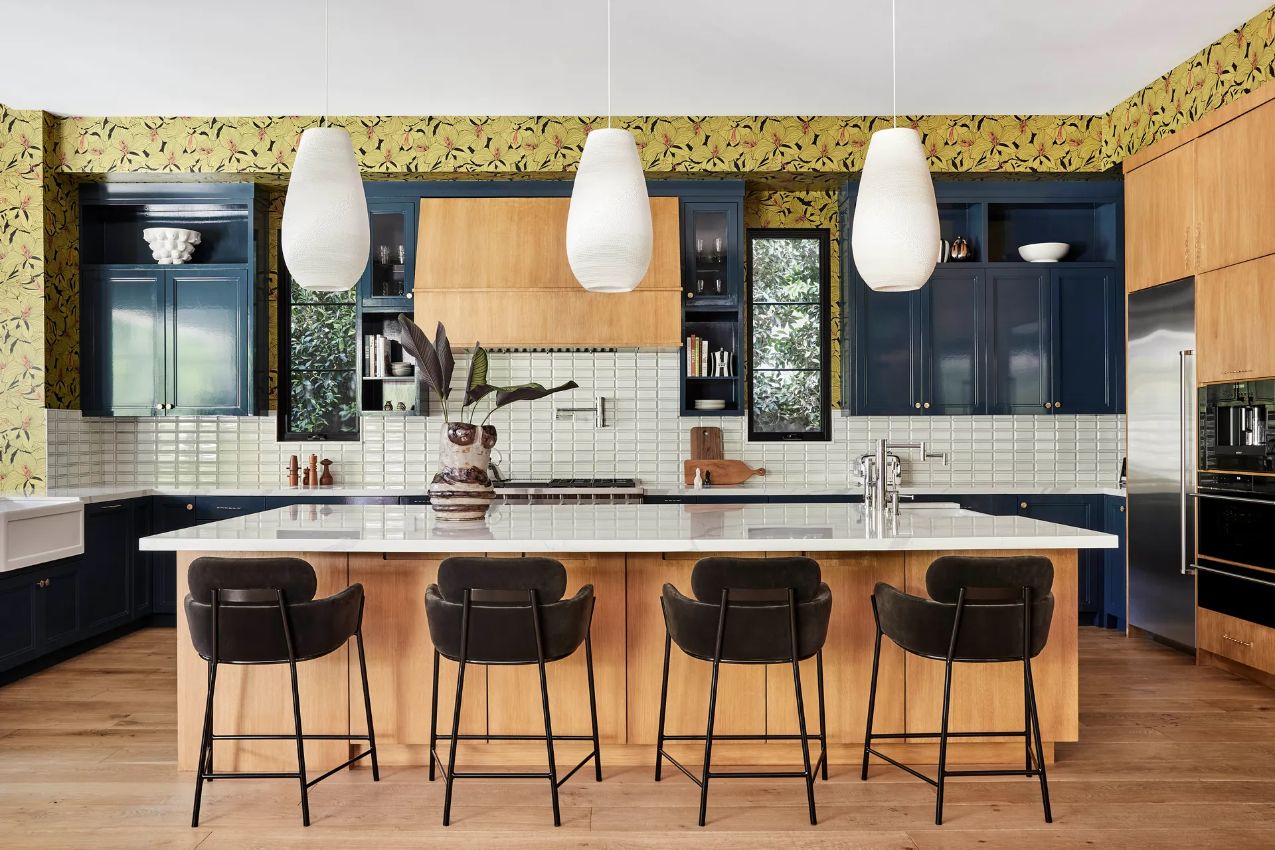 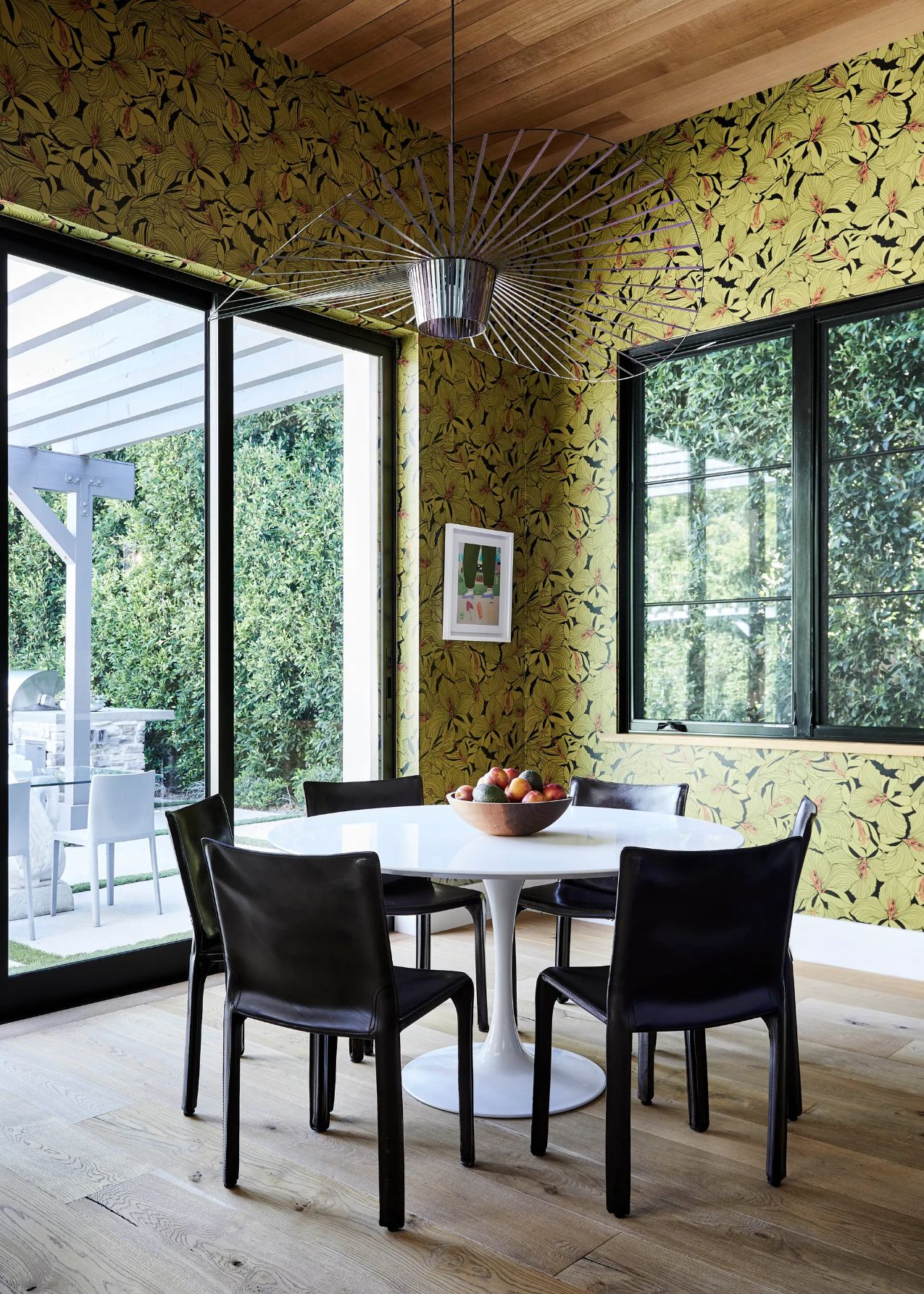 Demi insisted on having her very own glam room. Interior features include custom-made furniture, a Murano chandelier, and a neon sign that reads “You’re Never Fully Dressed Without a Smile”. The space also features a fully functioning shampoo bowl from a hair salon. Other unusual areas include the “Shroom Room,” where Lovato’s visitors can unwind on a specially designed modular sectional set that was modeled after the Mah Jong sofa. Additionally, there are two Tongue seats with silver walls and drapes. The space is brought to life with an interactive cloud lamp that hangs from a mural ceiling; Lovato likes to listen to music there while watching the cloud change colors. 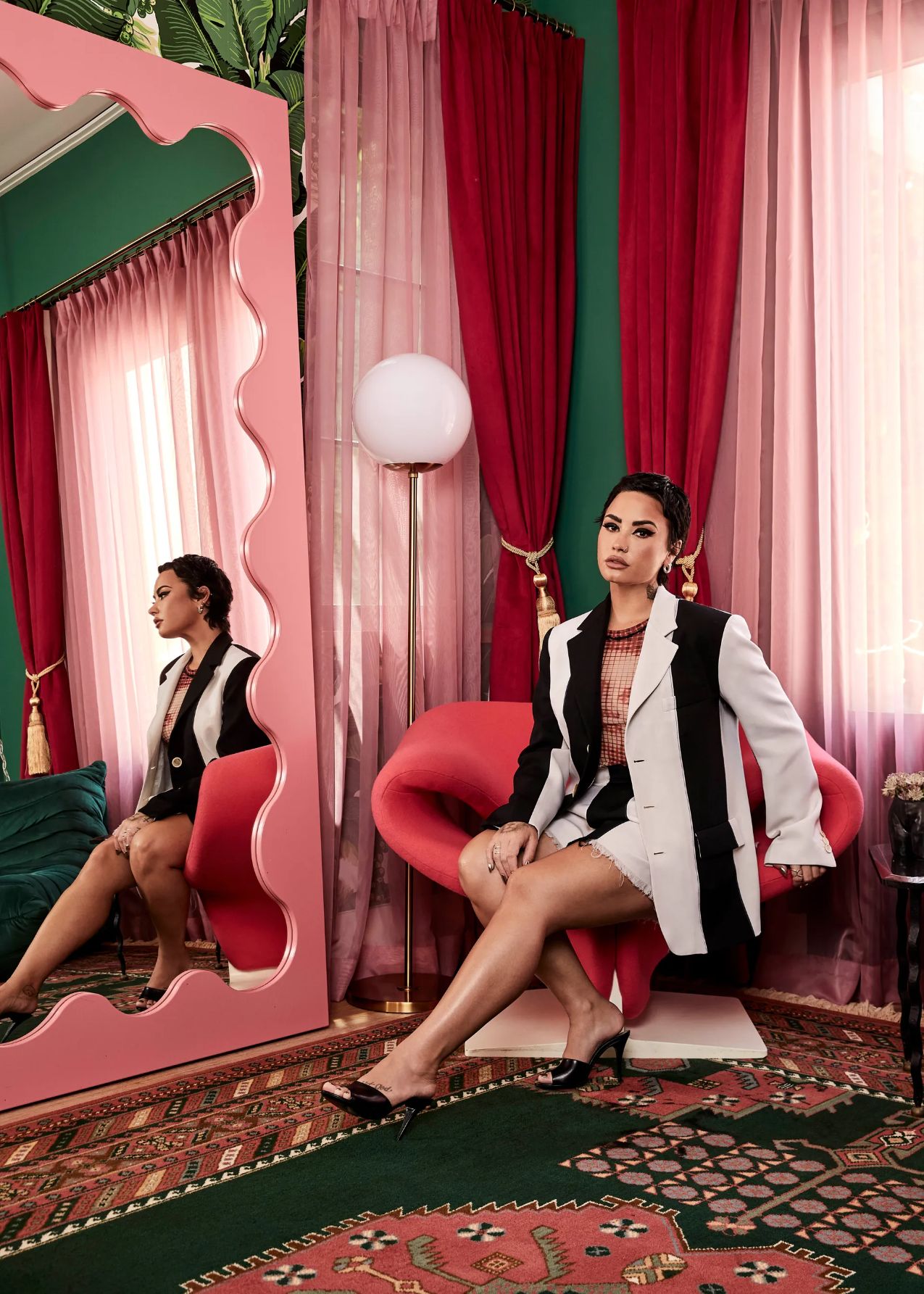 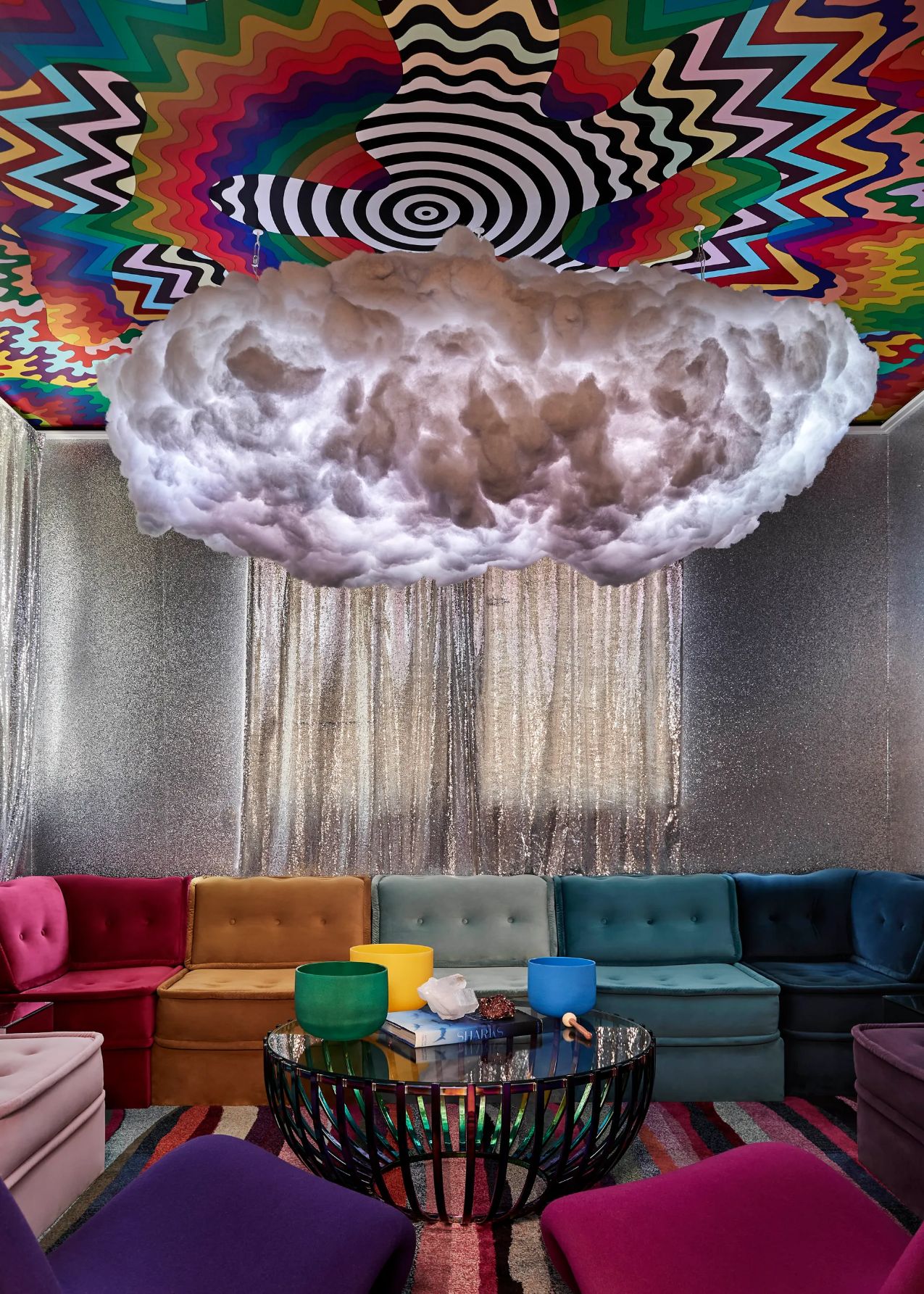 With furnishings like contemporary wall sconces and a chandelier that looks like tentacles, the lavender-hued dining room takes on a more aquatic theme. Bell and Drew combined Gucci’s Lilies wallpaper with wood finishes, brass accents, and other earth tones to give the kitchen a more grounded appearance. With a sofa encircling a bonsai tree coffee table and zebra onyx crystal lamps, the living area is certainly bolder. 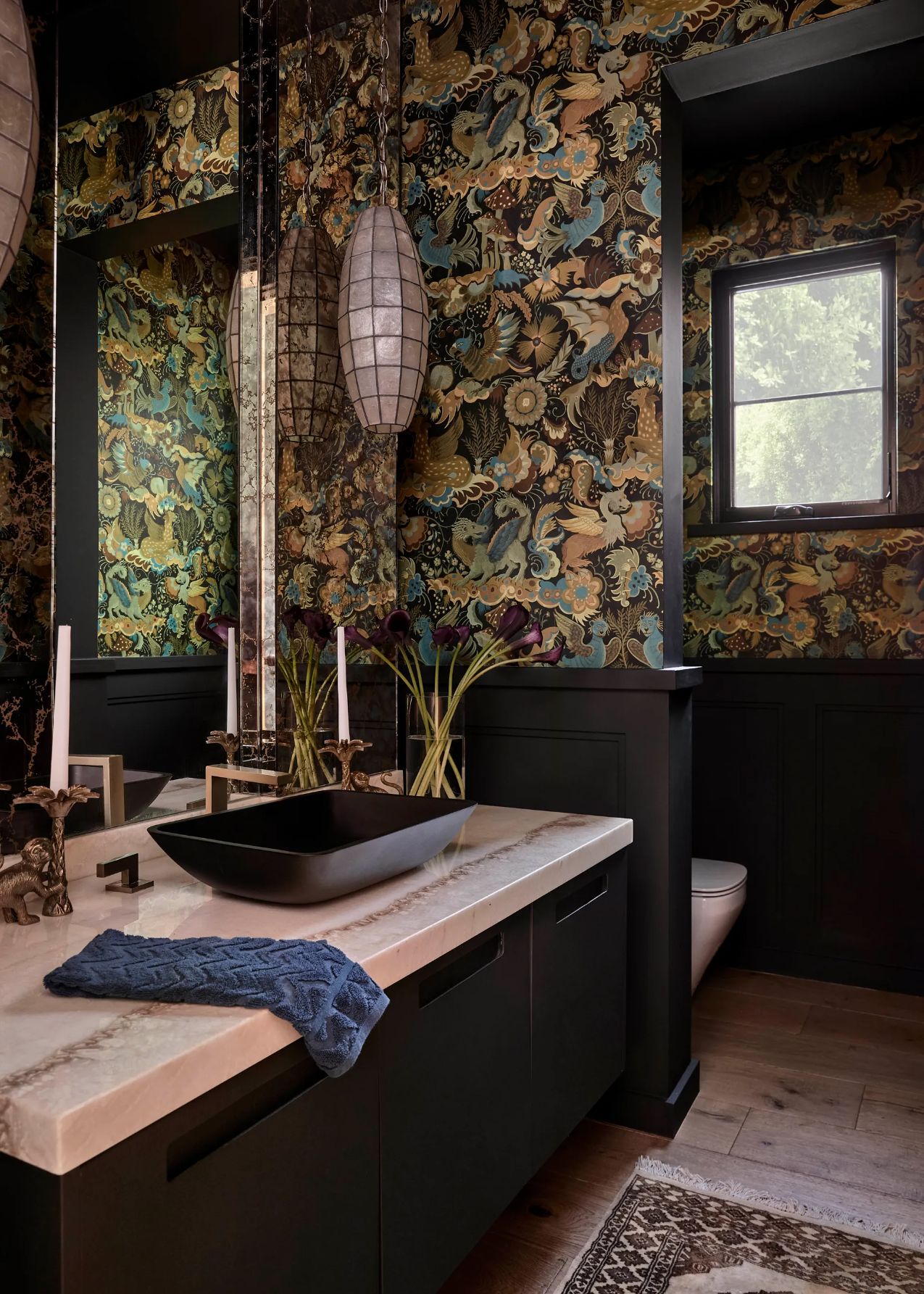 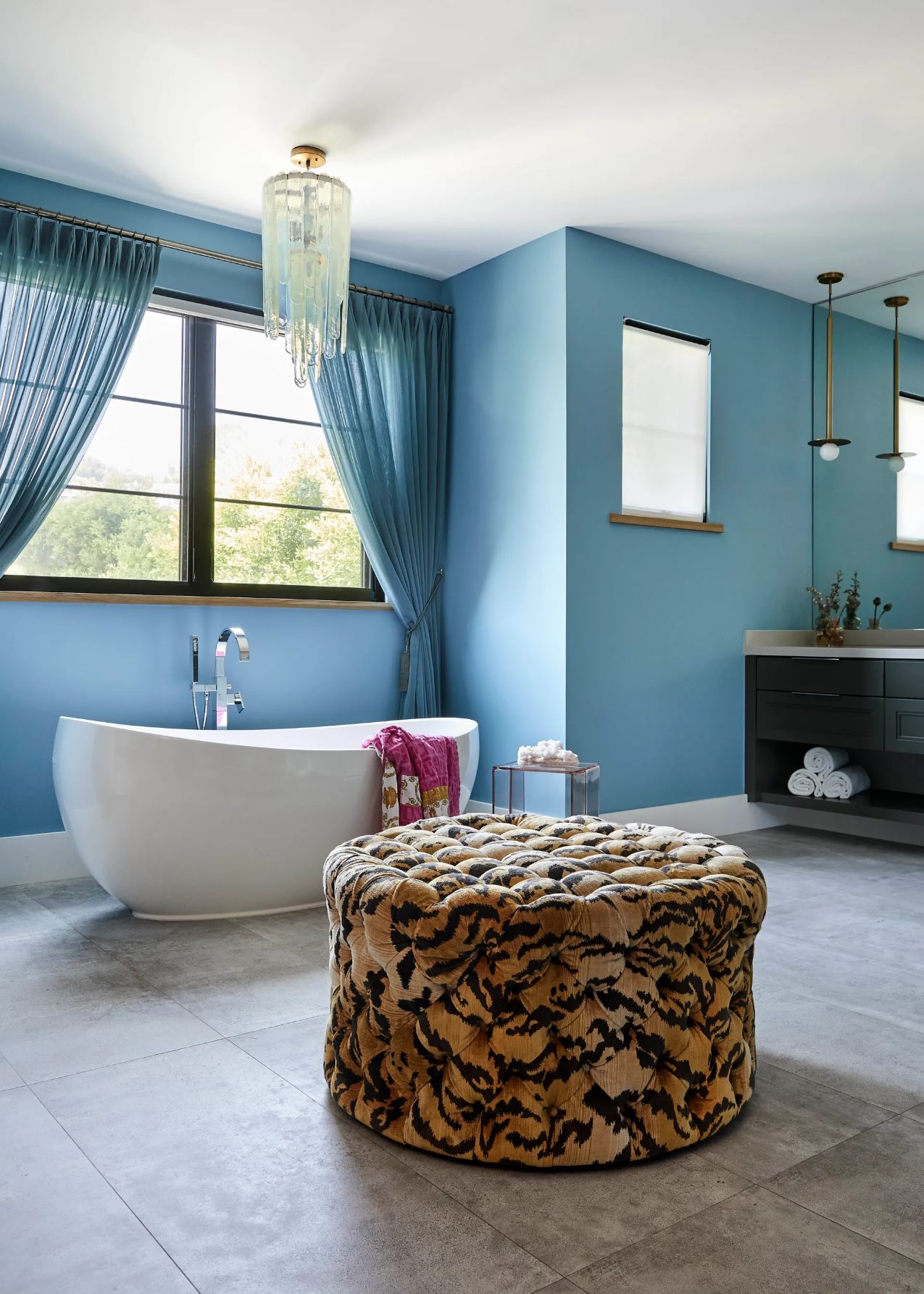 The trio transformed the pool house into a recording studio, which doubles as a sacred space for the singer. In her bedroom, they sourced a vintage 1960s chandelier with iridescent Murano glass discs for the ceiling. 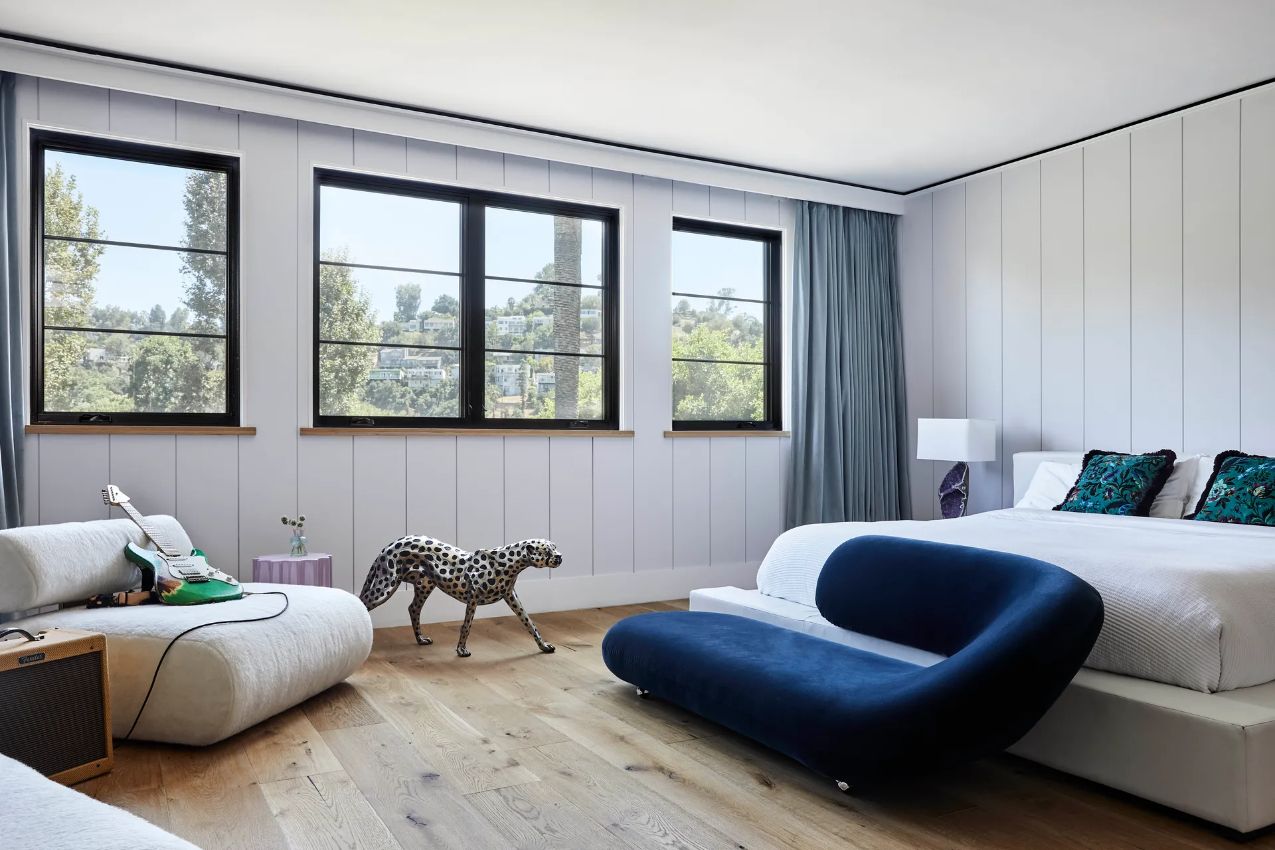 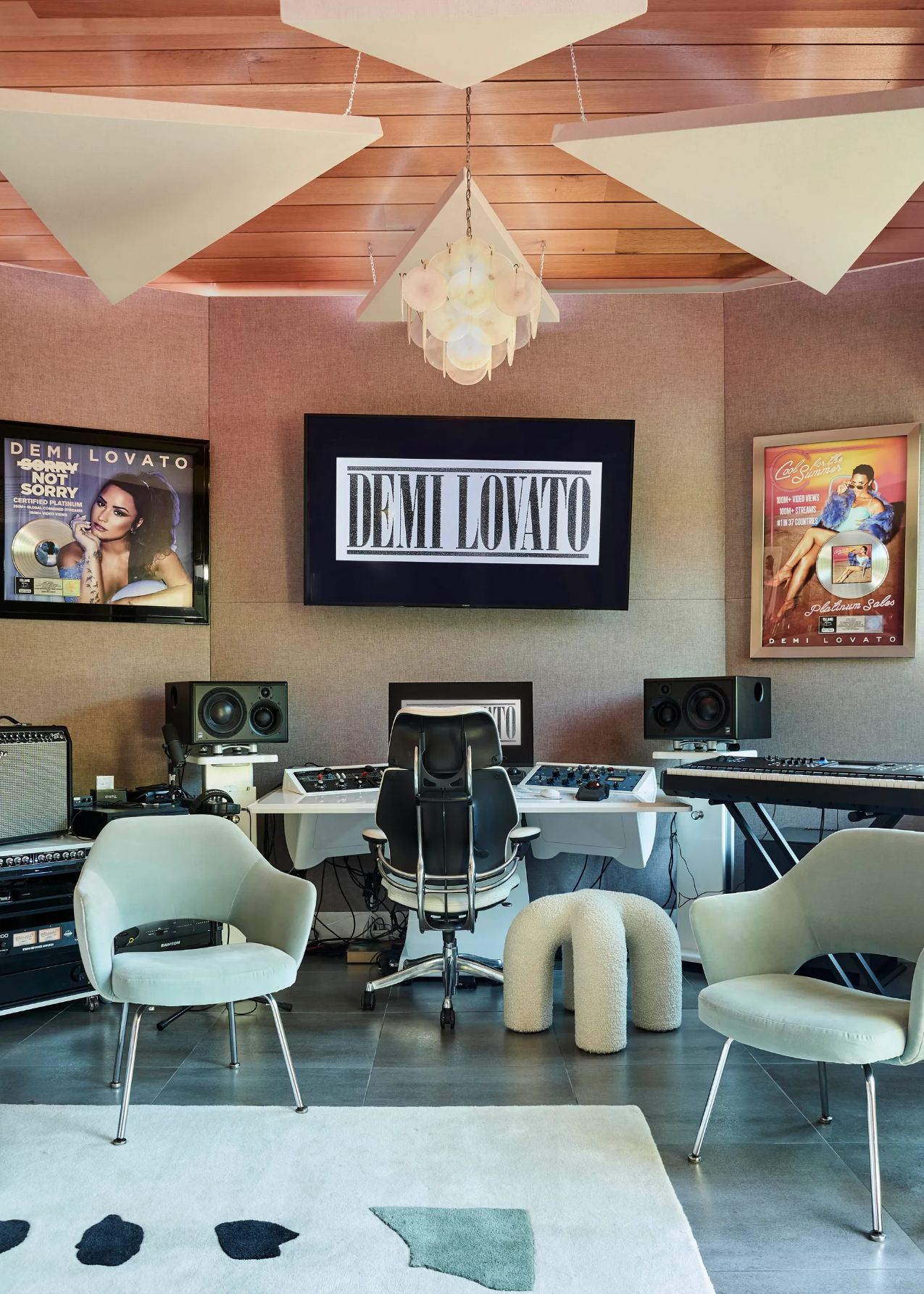 The pool, hot tub, fire pit, outdoor kitchen with a built-in grill, and private terrace turn the backyard into a world unto itself. Batman and Cinderella, Lovato’s canines, have their own dedicated space that is netting-secured, so they can play outside without fear of the neighborhood hawks and coyotes. (In other places, she set up tiny tables with a feeding station for the local squirrels.) 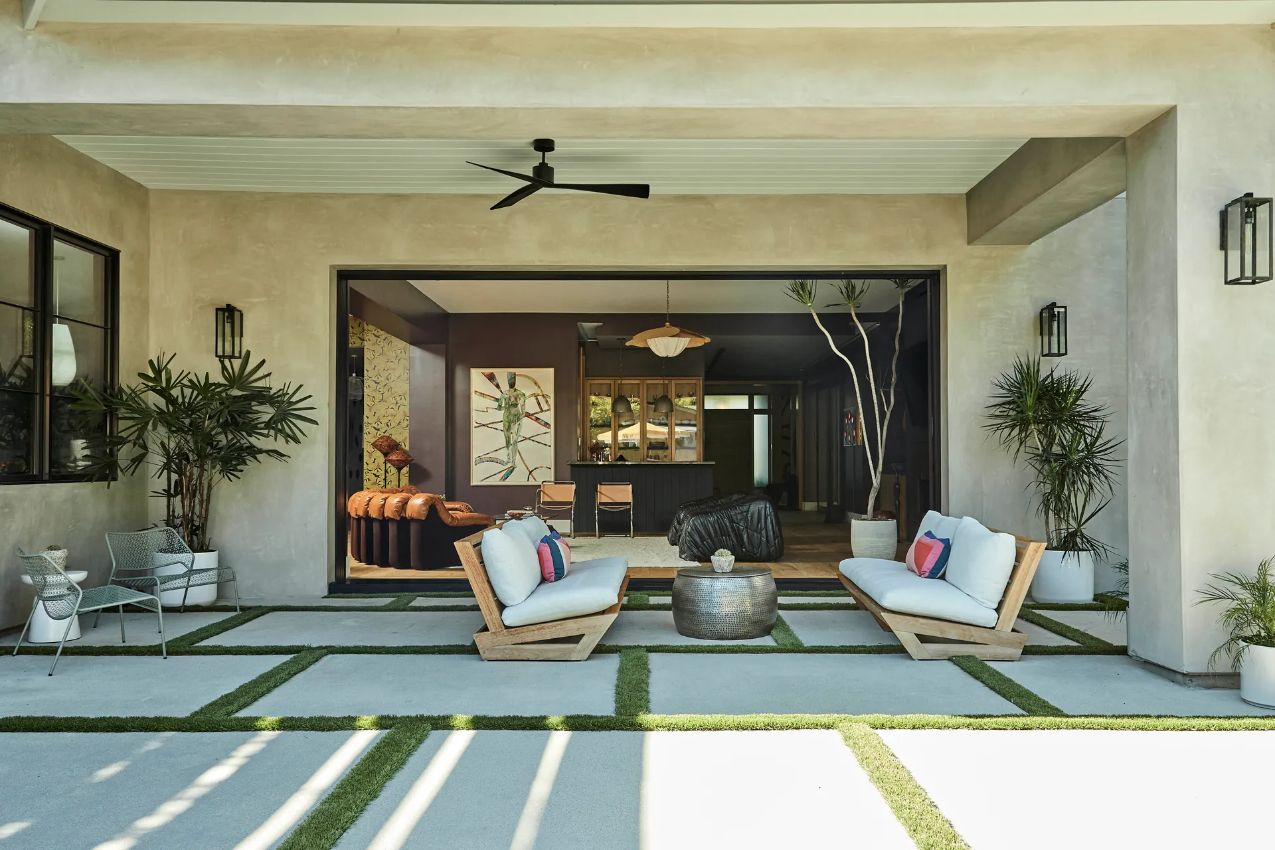 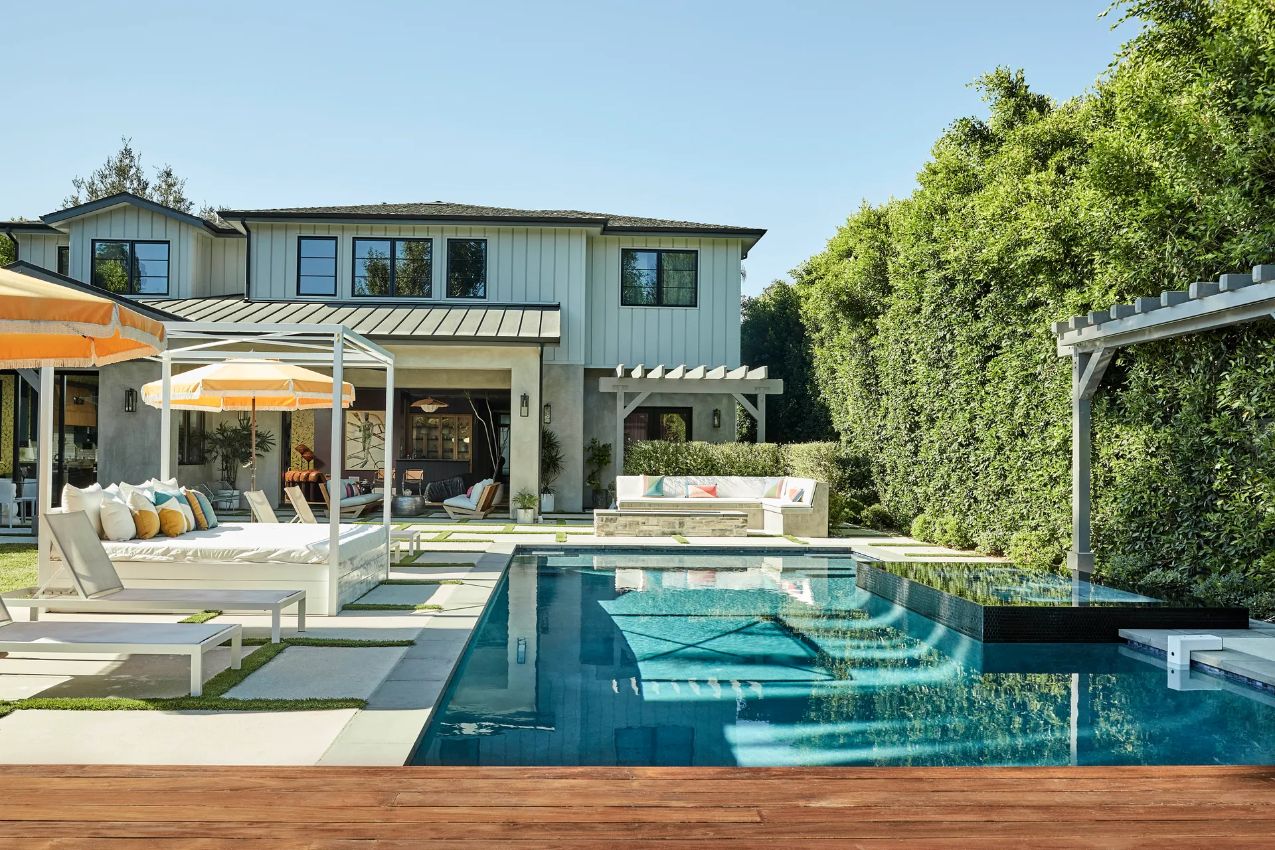 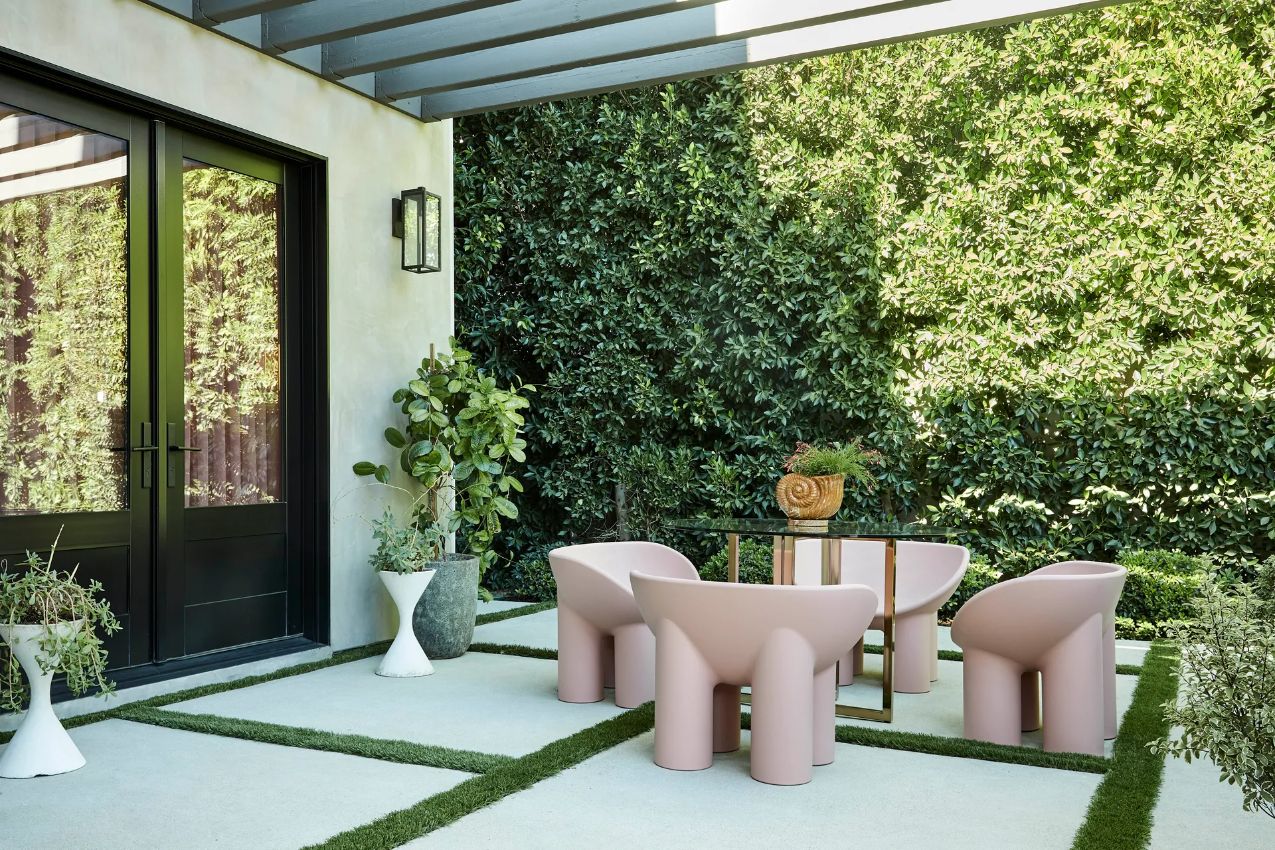 Demi Lovato is beyond happy with the outcome, having accomplished everything she set out to do in constructing this area.

“Home to me is where I can rest easy and where I can stay—even if there’s a quarantine or lockdown—and feel completely fulfilled,” she concludes. “I have no reason to leave, this is exactly everything that I’ve wanted in a house.”